In the innumerable spiritual programs, I had to attend as a Jesuit, this is a constant theme. As a Jesuit, I am called to give importance to being than having (even as a human, I am supposed to do the same). Obviously as a religious, I have taken the vow of poverty (understood not as extreme poverty, but not to dependent on things. I am supposed to use things for my work) and many might think the issue of having is not a big issue for us. Having’s of a rich person and us may be different, but the issue still haunts us. 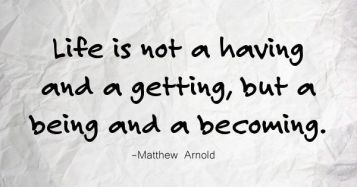 I was reading a book on philosophical anthropology and this issue props up there too. What is human person? Is the definition of that mystery includes the aspects of having or being? Quite a lot of them would say it should include the aspects of being. If that is the basic thing, why majority of people in the world are more interested in having than being. (I wouldn’t expect a person who doesn’t have basic needs to think about the concepts of being. But once s/he has fulfilled it, if s/he has decent enough life, it shouldn’t be much the question of having. Sometimes the curious and weird part is the rich are least bothered of the being part and the poor are more interested in it)

Some of the modern day issues are

Probably a solution to these should come from an attitudinal change, to value ‘BEING’ more than ‘HAVING’. I could say, I have cars, houses and other things. It is inappropriate to say I have happiness, love etc. But we would say I am happy; I am feeling loved; I am loving. Understanding these distinctions can help the world to solve many of the problems. (I am not saying HAVING is not good. But only focusing on HAVING is the worst way to solve the problems of the world and problems of YOU and ME.) 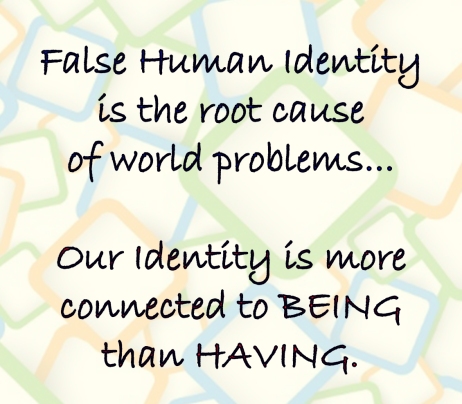